David Akers believed that just three or four of this issue are known. Undoubtedly the few known pieces were originally struck as presentation coins to illustrate the resumption of coinage after a lapse of over a decade.

A truly fantastic quarter eagle: one of the foremost highlights of the present collection. No amount of words in print could exaggerate or overdescribe the importance and beauty of this little cameo.” 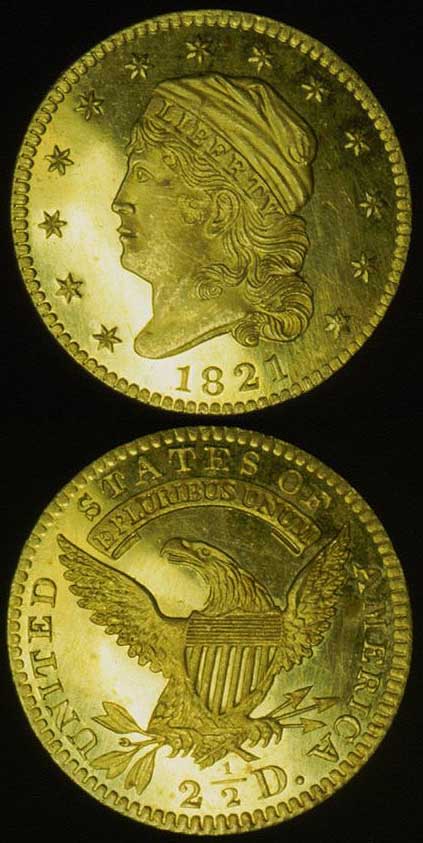 Read the story of the 1821-34 CAPPED HEAD QUARTER EAGLE