Ex Jimmy Hayes Collection, Stacks, October 1985, lot 51, where it was described: “Choice Brilliant Uncirculated, frosty mint luster. An absolutely sensational example of this rare date. The devices are sharly struck except for the stars which never have their radial lines. The first year of the type and by far, rarer in Mint State than even a 1796! To the best of our knowledge there are only two Mint State specimens known, the other being a different die variety. Only when one considers the many specialized Half Dollar collections we’ve sold, such as Dupont, Pierce, Cox, Bauman, Wolfson, Miles, Hawn, Stack and a host of others, can one truly comprehend the rarity of this date in Mint condition. Formerly lot 319 in Merkins’ June 12, 1968 Auction Sale. Later from our June 1980 Auction, lot 304.” 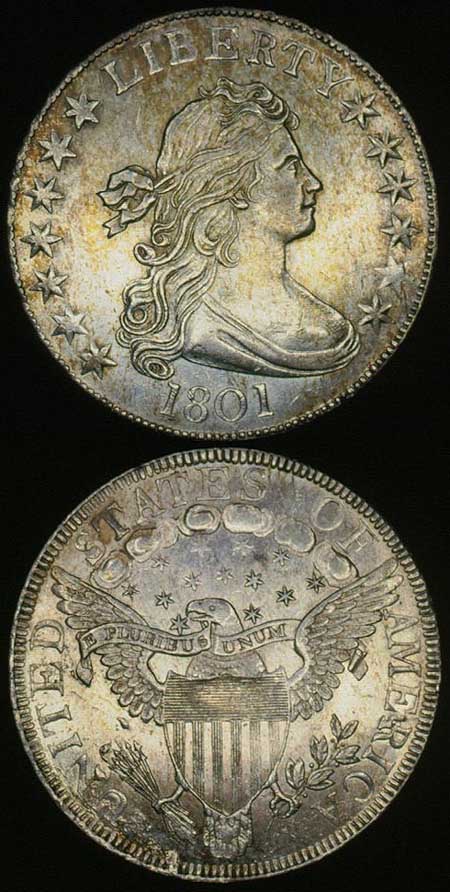