Actually a “Novodel” (made from copy dies). Often referred to by numismatists as a “Fantasy piece.” Struck sometime between 1836 and the 1850’s. The first record of the coin’s existence was in the March, 1876 edition of The Coin Collector’s Journal, where Edouard Frossard described Capt. John W. Haseltine’s display of a set of dollars dated 1801, 1802 and 1803 in Brillant Proof state. Haseltine offered the sets in various sales during 1877-80 and in later years. 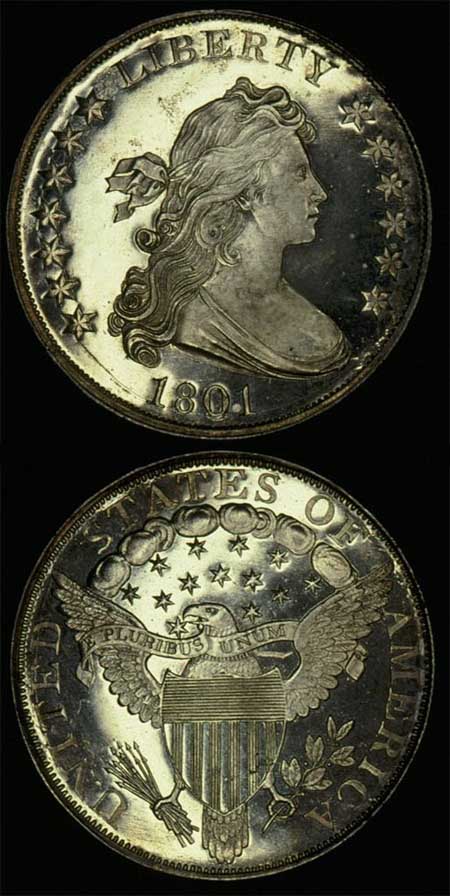