Ex Jimmy Hayes Collection, Stacks, October 1985, Lot 50. Described by Stack’s as follows: “Choice Brilliant Uncirculated, full mint lustre, some faint planchet adjustment marks on the eagle and a tiny rim planchet defect below the first star. Exquisite gray and iridescent toning. A superb specimen and if not the finest known certainly equal to it. Considered by Mr. Hayes as the rarest first year of issue silver coin in Mint State. After some research there is no question he is correct. Better than both of the specimens we sold, the Miles example in 1968 and the Hawn specimen in 1973.” 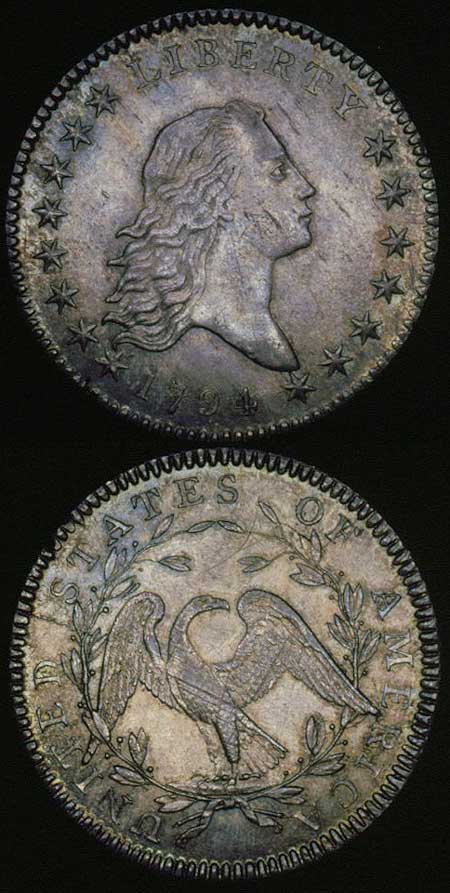 Read the story of the 1794-95 FLOWING HAIR HALF DOLLAR