Can you identify this cob coin?

Jim W. writes: Can you identify this cob coin? It has a “D” on it. I’ve attached pictures. They appear grainy but the coin is very readable in person. Thanks for your help. Jim 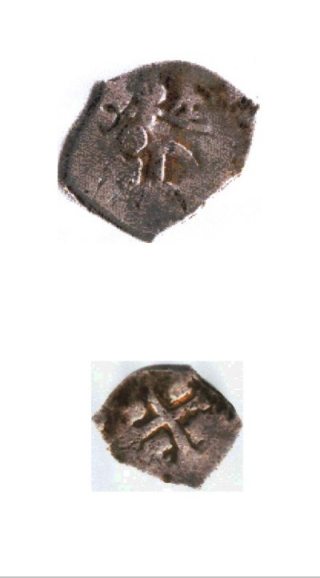 Probably the best book on cobs is Numismatica EspaĂ±ola (Calico/Trigo). The book is published in Barcelona, Spain periodically and covers all Spanish coins from Ferdinand & Isabel to the present, including Spanish Colonial issues.

Spain was the dominant political power from the 15th to the early 19th century and its coins circulated world wide as legal tender. They were legal tender in North America from the Colonial period to about 1858.

The U.S. modeled its coinage system to be compatible with the Reales system but in decimal; 8 Reales were exactly the exchange for a U.S. dollar.