All About Half Dollars 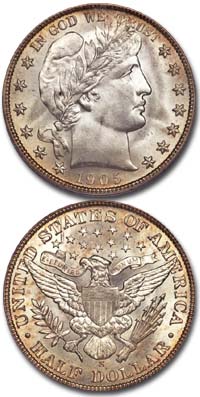 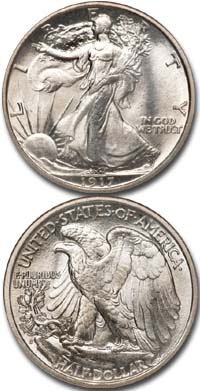 The Franklin series, however, contains no particular rarities and most circulated coins 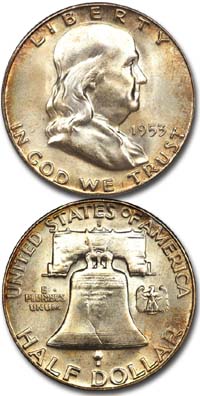 are only worth their silver value, currently about $6.00. Kennedy halves dated 1964 are also worth only their silver value while those dated 1965 through 1970, with only a 40% silver content are worth at least the silver content of .1479 troy oz pure. The Kennedy half dollar dated 1776-1976 was issued for the Bicentennial and currently is only worth its face value of 50c.

Note that gem uncirculated Barber, Walking Liberty, and Franklin half dollars are worth considerably more than their silver value. For instance a typical uncirculated 1921-S Walking Liberty half dollar can bring $12,000+ in the coin market but the same coin in very worn condition (Good) may only bring $30 or so.