Brass. A exceptionally well-preserved example of a rare, unusual and certainly prophetic piece, collected today as part of the numismatic exonumia genre known as “So-Called Dollars.” It was conceived and struck around the beginning of the Civil War by Aaron White, an eccentric Connecticut lawyer. Convinced that the war, and the money creation that went with it, would bankrupt the U.S and cause “greenbacks” to be valueless, White wanted to remind people of the inherent worthlessness of paper money created out of thin air. Fresh on his mind were the suspension of specie payments in 1837 and 1857, and the panic and hard times that followed. Listed in the 1963 Hibler and Kappen reference on So-Called Dollars as HK-830 and described as “Very Rare.” 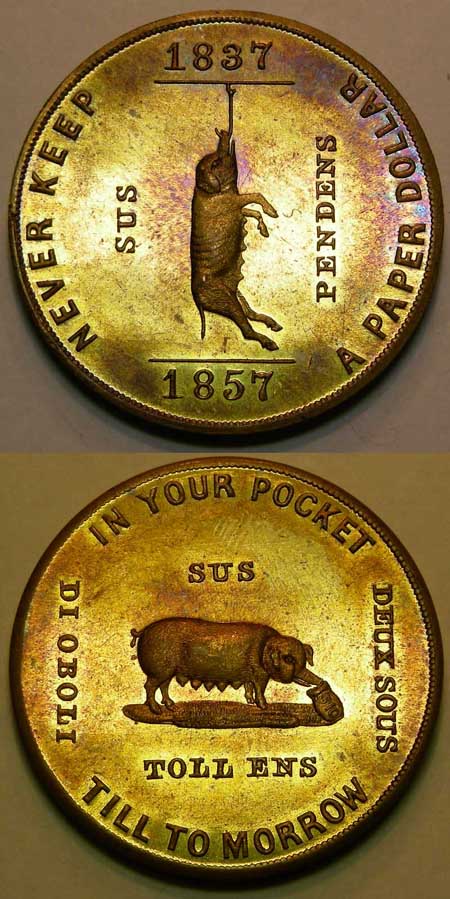